What is a Cadillac in Pilates? 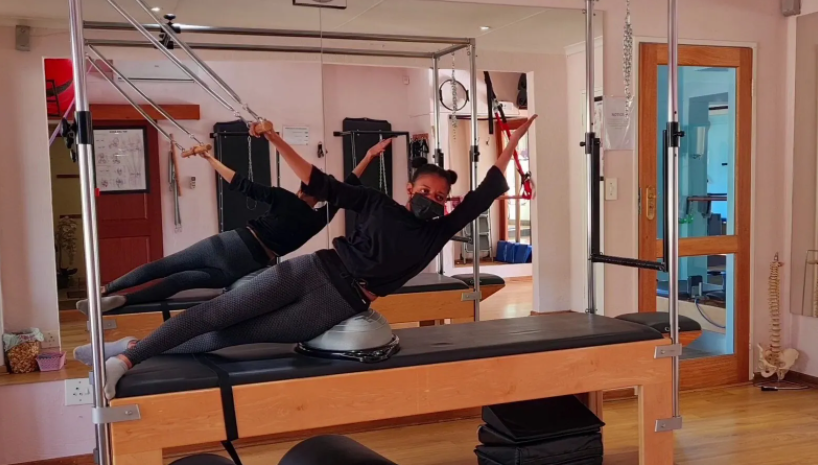 For the legendary Joseph Pilates all it took was a creative mind and a basement which led to the creation of various apparatus (Pilates machines) used to date in Pilates classes. The Cadillac being one of them, perhaps not as famous as the reformer, but holds great benefits.

A Cadillac is defined as something that is an outstanding example of its kind especially in terms of luxury, quality and size. The Cadillac invented by Joseph certainly is an outstanding invention and his largest apparatus, many would argue that it was his very first invention.

What is a Cadillac?

The Cadillac is also known as the trapeze table which was developed in the mid-50s and 60s. A traditional Pilates equipment which resembles a bed raised off the floor and outfitted with a frame with a variety of metal eyelets, springs and a wooden bar.

History of the Cadillac

The Cadillac is said to be one of the very first inventions of Joseph pilates; it was originally inspired by JP attaching bed springs to the headboards of the beds during World War one.

There are several stories behind the name, but the two most famous stories are as follows:

In the late 1940’s a friend once visited Joseph’s house, as Joseph came out the basement with a big table and little pieces of apparatus attached to it, he asked Joseph Pilates if that was his Cadillac and from that day the name Cadillac stuck.

Others say that it was named after the very famous automobile during the 20th century, due to its’ size.  Either or, the Cadillac is just as comfortable and as special as the luxury car.

Benefits of the Cadillac:

Who can use a Cadillac?

The list above are just a few individuals who would benefit greatly from the Cadillac. The Cadillac accommodates every population, young, old, injured or athlete.

Pilates Dynamics makes use of the Cadillac for various exercise programs, and we also have down-sized Cadillacs referred to as Towers to accommodate group classes. To learn more about these classes visit this link below and come experience the wonders of the Cadillac.